When The Fries Came Tumbling Down

I'm not really sure how to begin.  A few weeks back I was on twitter mentioning that I had blown my left jaw disc and that I knew it was serious because I couldn't even chew a cupcake (Yes, I measure my life in cupcake eating... doesn't everyone?), and a few minutes later a friend was talking about a charity anthology featuring short stories written by crime fighters. Then people started tweeting title ideas and talking about story themes- I vaguely remember a book cover idea being tossed around the twitters. And before I could catch up on the twitter feed... Feeding Kate was born.  Honestly, I thought this was just a lively, fun conversation on twitter and never realized that so many people had stepped up to participate in the project. And I was beyond surprised when Laura Curtis told me the project was actually real.

*To learn more about Feeding Kate and the talented authors behind it click HERE!

Since the campaign started last week some people have been asking how I injured my jaw so I thought I’d share the story with ya’ll. It’s kind of a comical story… mixed with some drama and a drunk driver.  There’s even a death.

It all started in 1994 when I was working at the Burger King located on Newmark Street in Coos Bay, Oregon. I was a college student- working my way through school, taking care of my father after heart surgery, and frying up some crispy fries on the side.

A little embarrassed at my job, I used my hearing impairment to avoid working the front counter by claiming I couldn't hear the orders properly and telling the manager it would be in the best interest of the customer if they had a more "reliable" employee to work with. You know... one that could hear. They didn't believe me at first, probably figured I was lying. But a few steady... "What was that?" later... and my butt was firmly planted in the kitchen. *grins*

FACT: I developed hearing problems in my left ear after a shotgun incident in my early childhood. In large crowds you’ll often find me turning my head when I’m being spoken to. It’s usually because people are talking into my bad ear. But it’s not like I wear a sign with instructions on how to speak to me so turning my head usually helps to avoid all of those, “I’m sorry. What was that?” moments.

I was tossed into the kitchen and soon became the Queen of the WHOPPER. Hey, now. Don't laugh at me. My skills were mad, bro. My WHOPPERS were large and juicy, and always served with the best tomatoes in the batch. My mayonnaise was spread evenly across the bun, the onions were always the perfect thickness; the lettuce never wilted.  You see,  I mastered the art of WHOPPER making, people. So much so that it landed me the title of Employee of the Month. My name… forever listed on the wall inside the Burger King on Newmark Street.  *bows graciously to silent applause*

But I didn’t just master my station. I was a master on the fryer, a master at food prep, and a master while serving time on the chicken counter.  And it was my multitasking, master, madness skills that got me into trouble. A call for help from the french fry guy during a rush one night had me dashing to the walk in freezer for some bags of the good stuff.  I stepped in and the fries came tumbling down… in boxes. Yep, more than one.  Seems that *somebody* stacked the boxes above regulation height and with no advanced warning for the Queen of the WHOPPER… they tumbled over and I took a heavy box of frozen fries to the left side of my face.  I was done eating by the end of the night, on a liquid diet by morning, and battling BK’s worker’s compensation plan by the end of the week.

It was a battle that would last three years.

Not sure why it took so long… I’m sure BK thought I’d drop the claim, but I didn’t. And of course by the time they approved the surgery I was engaged to be married. In fact, my wedding was just a few weeks away. So it really wasn’t a surprise when the company called me and told me that their deadline for my procedure was a week before the big day. Fearing black eyes and stitches in my wedding photos, the company graciously allowed me to have the surgery a week AFTER the wedding.  *sigh*

The surgery was a success (thank goodness), and I went on my married little way perfectly content until… the early morning hours of December 8, 1998 (exactly one year and a day after surgery) when I was hit by a drunk driver on my way to work. The impact was so great that it dislodged the newly created discs in my jaw joints, and after another long fight (this time with our car insurance) I was scheduled for another jaw procedure. Unfortunately, there were complications with the second procedure (think missing facial tissue and fracture pins and a doctor that refuses to see you again)… and from there we have a lawsuit, a dead attorney, and a third procedure to correct damage and to help restore joint function so I could eat again.  It was another successful procedure, one that would keep my jaw in working order for over eight years.

I was sitting with my spouse on a beautiful Saturday afternoon about four weeks ago preparing for a day of bike shopping when I bit into a very yummy sandwich and painfully felt my left jaw disc fall apart. There was a horrendous noise full of cracking and creaking and one pretty sharp, POP! The pain was pretty intense and I was on soft food by that evening and dreading another visit with my jaw surgeon by morning.  And that’s the story behind my jaw injury and my need for surgery.

Some people think I’m cursed… I like to think I'm special. =)

Honestly, the last thing on my mind was our insurance coverage. The jaw procedure I need has been covered at 90% for the last several years. But this year we changed providers, and with that change came a specific exclusion of coverage for the procedure. Normally my first concern when reviewing yearly health benefits is TMJ coverage (jaw joint treatment and surgery).   Makes sense, since that’s been the biggest health annoyance for me for so many years. But, as many of you know, I have Lupus, and as my Lupus has advanced over the last few months my medical concerns have shifted. The first thing I researched regarding my coverage this year were hospital facilities, physicians, and dialysis centers since my Lupus has moved up on my list of priorities. Learning about the lack of coverage for my jaw was very disappointing.

Yes, the procedure is on the exclusion list, but to me an exclusion just means I need to make the insurance carrier work a little harder in denying my claim.  So even with the procedure specifically excluded as a benefit I still plan to ask for preauthorization for the surgery.  I expect my request to be denied, and from there I will follow the process to appeal the decision. After so many denials I’ll be allowed to meet with administrators overseeing the claim, and I’m hoping that my past history (an acute injury- car accident- botched procedure by one of their very own preferred providers) and my sparkling personality will encourage the administrators to reconsider my claim.

Prior obligations and the recovery process (6 – 8 weeks) require some planning, so I’m currently shooting for November to have the procedure done.  In the meantime, I wish to thank all of you for your love, kindness, and support. I have no words to express my gratitude, and no way to say thank you and have you know how heartfelt it is. The contributors to this anthology are all people that I admire and love, and their willingness to work together on this is truly inspiring. I’m humbled by the generosity shown by all of you. I’m truly overwhelmed by all of this, and I’m afraid I’ll never truly find the right words to thank you.

So, thank you… so very, very much.

Aw, sweetie, everyone's doing it because they love you. You're always a support to all of these writers in so many ways--with your blog, with Shotgun Honey, with your tweets and emails and little loving cheer-up gifts in the mail. It's karma!

You have lead a wild life my friend. Some people are given pain and use it as an excuse to be rotten to those around them. You, m'dear, are loving and sweet and supportive to all the know you. And if that isn't enough, your essays just get better and better.

We think you're pretty awesome, sweetie.

All I can say is YARRR!! Which doesn't require moving my jaw at all. You should try it ;-)

PS - Why is my captcha calling me hanywou 39? Did I miss the dead drop again? Agent Psysalem8 out.

sorry i wasn't there to send in a story, but i'm with you in my own way and i'll soon have a copy of the book. warmth and thoughts from over the pond. xx 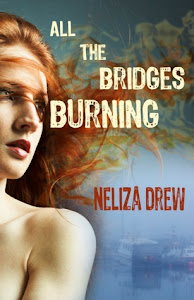 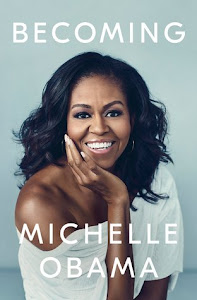 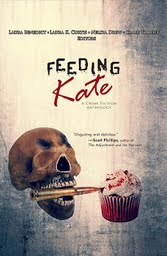